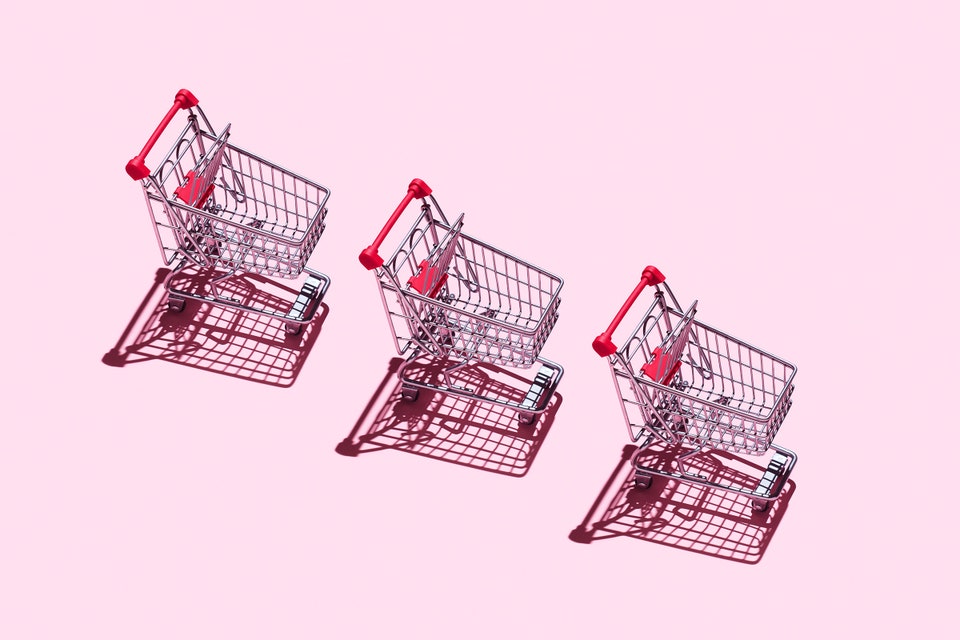 SEBASTIAN SIEMIATKOWSKI, THE cofounder and CEO of Klarna, looks slightly frayed down the barrel of his webcam as he explains over Google Meet why everything is fine at the fintech despite increasingly frenzied warnings of a looming recession.

Klarna is a European heavyweight, currently the bloc’s most valuable private tech company. Since launching in 2005, the Swedish unicorn has become synonymous with “buy now, pay later” (BNPL), a type of debt popular among Generation Z that enables shoppers to split the cost of their online purchases over several months. The company claims it has 147 million active users across 45 countries.

But Klarna’s dream—to replace credit cards, which Siemiatkowski describes as “the worst form of credit”—is facing a series of existential threats. The company’s workforce is still reeling from layoffs that affected 10 percent of its staff and new regulation which will impose stricter rules on BNPL providers in the UK, one of its key markets. At the same time, BNPL executives told WIRED that investors are losing faith in the sector in the face of a potential recession. “BNPL is relatively new. They want to understand how we’re able to weather that storm,” says Libor Michalek, chief technology officer at another BNPL provider, Affirm. On June 16, The Wall Street Journal reported that Klarna was trying to raise money based on a $15 billion valuation, which would mean it believes the business is worth $30 billion less than last year. Klarna declined to comment on what it called “speculation.”

Siemiatkowski credits changing investor sentiment for the turbulence and a new strategy which will curb its plans to grow. “Six to nine months ago, investors were like, ‘growth is the only thing that matters, just focus on that,” Siemiatkowski says, claiming this was the reason for the layoffs. “We have to recognize that in the last six months, that has changed. Investors now want to see profitability. They want to understand how we’re going to get to profitability as of right now.”

Focusing on short-term profitability will be a swerve in strategy for Klarna. The company’s net losses snowballed to 2.5 billion Swedish krona ($254 million) in the first quarter, four times higher than the same period last year, as it aggressively expanded in the US. “Klarna has been profitable for its first 14 years, but in the last years, we have been investing so heavily in new products and services, and in new markets like the US, we have been dependent on people investing more money in the company,” he says.

Increased competition is also weighing on the company. Siemiatkowski describes Apple’s decision to offer its own BNPL product as validation of Klarna’s concept. But one Klarna employee, who worked on merchant partnerships until they were made redundant as part of the layoffs, described concerns within the company that the market was becoming more and more crowded. “We were always trying to one up our competitors or at least fend them off, because if our competitors also have a presence at our merchants, then we know we’re going to lose market share,” they say.

Apple’s move shows that Klarna’s competition is increasingly coming from existing companies that are integrating BNPL services rather than challenger startups. The consumer bank Natwest said it would launch a BNPL service this summer. Paypal debuted its PayPal Pay Monthly service earlier in June, the same month the British digital bank Zopa said it would also launch a BNPL product.

The problem of the summer surge in competition is compounded by the UK government’s plan, announced on June 21, to require lenders to carry out affordability checks on people using BNPL, to make sure they can afford the loans they take out. Right now the sector is unregulated, and half of British adults who have a BNPL loan said they found it difficult to keep up with household bills and credit repayments, according to a survey by debt charity StepChange. “Most providers do not have affordability checks, and there is nothing to stop someone taking out multiple BNPL loans at once from various retailers,” says Sue Anderson, StepChange’s head of media. On June 23, StepChange and the British bank Barclays published joint research that said 876,000 Britons were at risk of falling into debt due to the unregulated BNPL market. Alex Marsh, head of Klarna in the UK, said the research was an attempt by Barclays to promote its own “high-cost” credit products.

Klarna—which introduced stronger UK credit checks in October and voluntarily started reporting to UK credit agencies in June—is not the only company that will be affected by the regulation. But there is a sense the company is a bellwether for BNPL. “All eyes are on BNPL poster child Klarna,” says Dan Ives, equity analyst at investment firm Wedbush. The sector was born in an era where interest rates were low, meaning it was cheap to borrow money to bridge the gap between paying retailers and getting paid by consumers. “Now the opposite is true,” says Logan Allin, the founder of fintech investment firm Fin Capital. “They are not able to raise capital as easily and their consumers aren’t as healthy nor as confident. So that’s a real problem.”

Australia, the birthplace of BNPL, provides a worrying glimpse of the future. Despite growth in the number of BNPL transactions, profit in the sector has been rare. In 2020, just two out of 15 BNPL companies listed on the Australian stock market made a profit, says Angel Zhong, a finance professor at the Royal Melbourne Institute of Technology.

“After tremendous growth in 2020 and 2021, there is a general consensus that the BNPL sector is facing [its] day of reckoning,” says Zhong. “The substantial growth in market value in 2020–2021 was fueled by investor optimism in the tech bubble and increased investor participation in the share markets around the world. Gradually, as profitability of this sector is revealed, some investors are moving away from the sector.” As a result, smaller players are being swallowed by competitors. Australia’s Sezzle confirmed in January it is in talks with larger rival Zip about a potential merger, while finance company Latitude offered A$335 million ($233 million) to buy rival Humm’s BNPL and credit card business.

To survive, some lenders are trying to distance themselves from the BNPL tagline. “Forty percent of our transactions are debit. I don’t know how many times I’m gonna have to repeat that,” says Siemiatkowski. “We are more like Paypal in that sense. We have a wallet. We have tons of other financial services beyond buy now, pay later, but we’re very associated with it because it’s been a massive part of our success in the UK and in the US.”

Other companies are trying to differentiate themselves from the rest of the market by taking swipes at their competitors. Ten-year-old Affirm, which competes with Klarna in the US, says what makes it different is the way it focuses on long-term relationships with customers. Klarna is “so invested in this purchasing of customers that they’re going to reduce our workforce in order to maintain their level of marketing spend,” says Michalek, the Affirm CTO. “We’ve just taken a very different approach focused on long-term customer value.”

Philip Belamant, CEO of four-year-old Zilch, says his company also does business differently. Zilch’s rivals are striking deals with retailers by promising to lend to a certain proportion of people, he says, which means even those who can’t necessarily afford the purchase they’re making are approved. “We have no retailer telling us what we should or shouldn’t do, and we have no contractual obligation to lend,” Belamant says.

But Klarna’s age means it is one of the few BNPL lenders that has already survived a recession. Now, it just has to convince investors the company—as well as the BNPL concept—would be capable of surviving if there was another.